Rabbi Geri Newburge was ordained as a rabbi in May 2003 from the Hebrew Union College-Jewish Institute of Religion in Cincinnati, OH. She is a member of the Central Conference of American Rabbis (CCAR). Rabbi Newburge is currently a rabbi at Main Line Reform Temple.  Previously, she served as the Associate Rabbi at Temple Emanuel in Cherry Hill from 2003 to 2013.

​As a rabbi, she is highly involved with creating connections with congregants, innovating liturgy, social action, youth, and Religious School programming.  Rabbi Newburge grew up in South Florida and graduated from the University of Miami with a B.A. in Religious Studies in 1994; then, in 1995, she moved to California to pursue a M.A. in Religion at the Claremont School of Theology, receiving her degree in May 1997.

Rabbi Newburge is married to Rabbi Eric Goldberg, Rabbi Educator at Congregation Shir Ami in Newtown, PA, and they are proud parents of their son, Jay.

Prior to joining the MLRT family, Cantor Rudnick served as cantor at Temple Beth-El in Northbrook, IL, where she began her cantorial career after her ordination from the Debbie Friedman School of Sacred Music at Hebrew Union College in NYC in 2013. Cantor Rudnick is passionate about creating community, specifically for those with disabilities. In 2015, Cantor Rudnick was the co-recipient of the Chicago Federation’s Annual Samuel A. Goldsmith Award for her work in the field of inclusion. She represents the American Conference of Cantors on the Jewish Disabilities Network, and works with many organizations nationally to make the Jewish community a community of belonging for all people.

Cantor Rudnick holds a Bachelor’s of Music in Music Education from Miami University (OH), and received her first master’s degree in Music Education from Montclair State University. Prior to Cantorial School, Cantor Rudnick was a tenured teacher in the Oakland Public School District in NJ. She is married to Jack Rudnick and they are the proud parents of Hannah and George.

Rabbi Kleinman was ordained by Hebrew Union College – Jewish Institute of Religion in 2009 and served as the Associate Rabbi for Reform Congregation Keneseth Israel in Elkins Park, PA before beginning his tenure at MLRT in 2016.  As a teenager, he was the NFTY-MAR regional president and attended and worked at URJ Camp Harlam where he continues to serve on the faculty. These experiences shaped his desire to help families create meaningful, spirited, Jewish life at home as well as in the synagogue.

Ross M. Levy came to MLRT in 2012 to reinvigorate our Youth programming. In addition, Ross is our Music Director for the ECE and Religious School. Ross has a background in Jewish education, web design, marketing, and music. He came to MLRT from Progressive Business Publications and the Satell Teen Fellowship for Leadership & Social Activism. Ross also spent six years working for the Jewish Community High School at Gratz College.

Ross has been a force on the Jewish music scene, playing for congregations, camps, and youth groups around the country. Ross has performed hundreds of shows, including performances at NFTY National Convention, URJ Regional Biennial Conventions, and CAJE Conferences. Ross was even crowned the winner of the Jewish American Idol competition at CAJE 34 in Vermont. Ross’ music has been featured on four National Jewish music compilations and can be heard daily on JewishRockRadio.com. Check out his music HERE! Ross lives in Elkins Park with his wife, Cantor Amy Levy, and his two beautiful daughters, Aria and Yakira.

Mihaela received both masters in Science of Education, Childhood Education, and Educational Leadership from Bank Street College of Education in NYC. As a life-long learner, Mihaela earned her Ph.D. in History and Museum Education in 2009. Currently, she is enrolled in a doctorate program that focuses on Curriculum and Instruction.

Mihaela has served as a classroom teacher in general or special education for many years. For the last ten years, she served as a school director or administrator for different private schools or early childhood centers in NYC and Bala Cynwyd, PA. Her educational philosophy aligns with a progressive approach to education which proudly provides students, educators, and communities with a foundation for transforming our world in big and small ways. Social justice, advocacy, and building an inclusive society are at the core of her work.

Mihaela enjoys spending time with her family and proudly serves as a sous chef for her husband, cooking new food and make each culinary moment a real adventure.

Amy comes to MLRT with 25+ years of experience in the Philadelphia Jewish community.  She is known as an enterprising leader with a proven ability in community engagement, fund development, strategic marketing and leading organizations through periods of change.

Prior to joining the MLRT family, Amy was the CEO of the Kaiserman Jewish Community Center and served for 10 years at the Executive Director of the Jewish Relief Agency, the largest hunger relief organization supporting the Philadelphia Jewish Community.  Her work in the Philadelphia region has given her some unusual experiences including earning certificates as an OSHA-certified forklift operator and asbestos abatement contractor and cast-training on a major motion picture.

Amy holds a Masters in City and Regional Planning from the University of Pennsylvania and a B.A. in Government and English from Hamilton College.  She currently chairs the board of the Hebrew Free Loan Society of Greater Philadelphia and serves on the finance committee of Healthy NewsWorks.  Amy lives in Philadelphia with her husband Jeff and has two adult daughters who share her commitment to community engagement.

Learn more about the great leaders of MLRT below. 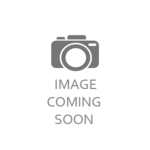