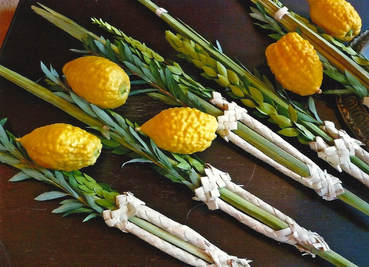 Sukkot, a Hebrew word meaning “booths” or “huts,” refers to the annual Jewish festival of giving thanks for a bountiful fall harvest and commemorates the 40 years of Jewish wandering in the desert after the giving of the Torah atop Mt. Sinai. Sukkot is celebrated five days after Yom Kippur and is marked by several distinct traditions, which includes erecting and dwelling in a sukkah (a temporary booth or hut). Sukkot (pl.) are commonly used during the seven-day festival for eating, entertaining and even for sleeping.

Sukkot, also called Z’man Simchateinu (Season of Our Rejoicing), is the only festival associated with an explicit commandment to rejoice. A final name for Sukkot is Chag HaAsif, (Festival of the Ingathering), representing a time to give thanks for the bounty of the earth during the fall harvest. The eighth day of Sukkot, Shemini Atzeret, is traditionally a separate festival in its own right. In Reform congregations, which generally observe one day of holidays rather than two, Shemini Atzeret is observed concurrently with Simchat Torah, the festival of “rejoicing in the Torah.”

We have planned a variety of services and celebrations for Sukkot.  Please join us!

Join Us via Livestream!

Join Us via Livestream!

Join Us on Zoom!

Brotherhood Steaks in the Sukkah
Thursday, September 23 at 6:30 pm